The Beauty of Iceland

Last year in August, I ran the Reykjavik marathon as part of my 7 marathons on 7 continents journey for run2buildschools. It was also my first marathon on the European continent. This post is not about my marathon experience but about the amazing places I visited and the wonderful people I met. ❤

I took most of the pictures with my Canon T2i using my fish-eye and 18-55mm lenses. I also took  few pictures with my iPhone during my daily morning runs. I have made few collages with my favorite pics and selfies. 🙂 I hope you enjoy them!

I stayed at the Metropolitan hotel on Ranargata street. Great location (in the heart of downtown), affordable price (probably the cheapest in the area), clean, very small rooms/bathrooms but great conditions. Solid choice for a budget traveler.

Here are highlights of beautiful landmarks in Reykjavik: 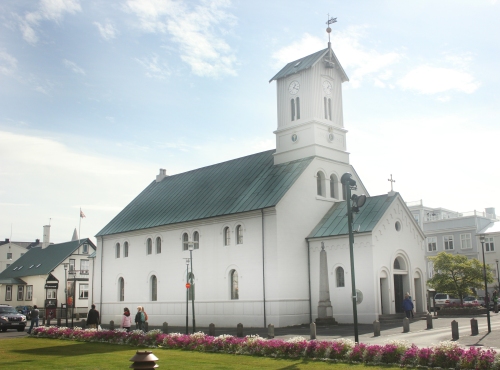 Reykjavik Junior College – it is one of the oldest institutions of Iceland.

The Sun Voyager – a striking sculpture of a Viking ship located by the ocean on a small peninsula close to the Reykjavik center. It symbolizes the Viking past of the Icelanders and an ode to the sun. Its spirit encompasses hope, progress and freedom.

Hallgrimskirkja – Church of Iceland (Lutheran denomination). One of Reykjavik’s most iconic buildings. Its tower offers a fantastic view of the entire city. 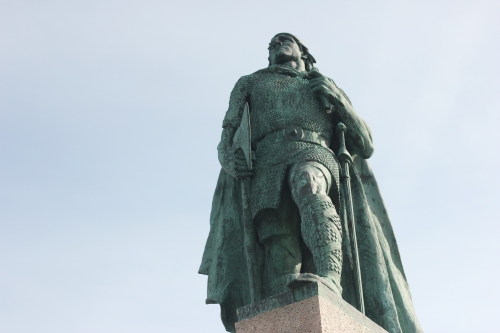 Leif Erikson’s statue is situated in front of the Church of Iceland. Erikson, was an Icelandic explorer and the first known European to discover North America, before Christopher Columbus. Reykjavik is such a colorful city. You come across different color mixes at every corner you turn. Bicycles, shops filled with unique knitwear, charming colorful buildings, adorable little gardens, cute coffee shops that roast their own beans, authentic restaurants serving transitional Scandinavian cuisine, lively street art – the whole city and its vibrancy is a true testament to the Icelandic spirit!

And for a country that banned beer until 1989, Iceland sure knows how to party! I remember, my last night in Reykjavik,  I was walking down the main street at 2am and it was simply packed and full of people having fun and being happy. 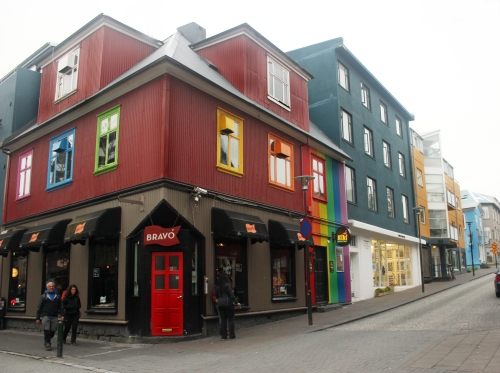 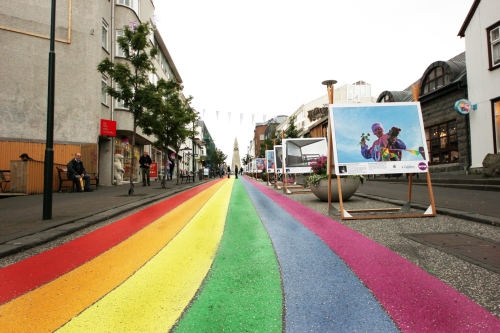 The Pride Festival was held at that time. I could tell, Reykjavik is very proud of its LGBT community. I loved the rainbow street! Love is Love ❤

Pink with a touch of green love 😉 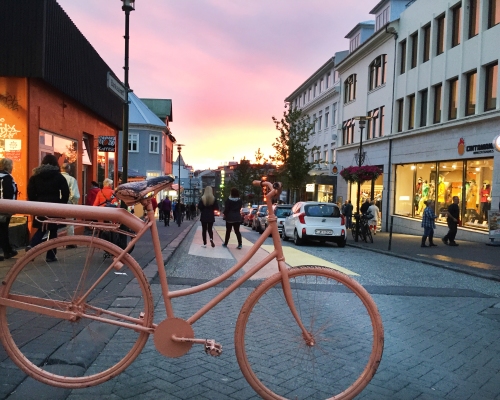 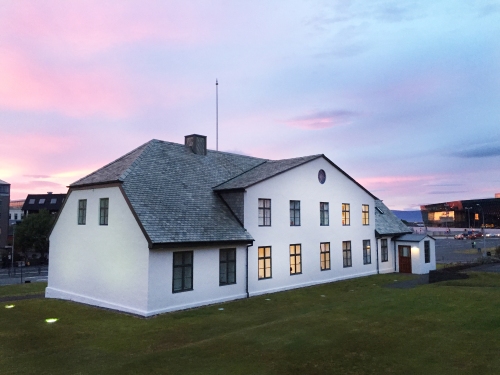 I took a helicopter tour!! It was incredible.  The tour included stops at geothermal areas, National Park, Glymur waterfall and even landing on a glacier!!! So AMAZING!!! It was thrilling, one of the most exciting things I have ever done in my life. ❤

Aerial view from the helicopter. I loved flying in it. I wasn’t scared at all 🙂 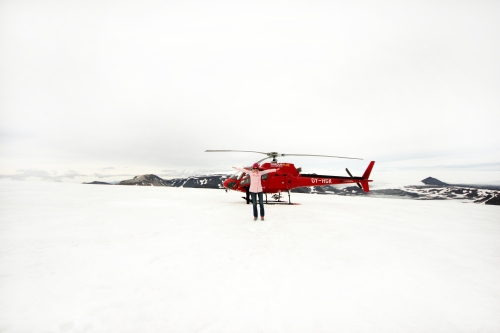 Officially landed on Langjokul, the second largest glacier in Iceland. It was so cool!

I was so happy! Such a unique feeling.

Me in a white bliss.

I met this wonderful American family that were vacationing in Iceland. We took the helicopter tour together. These are two pictures of Mr. Kirk with his two adorable daughters. Beautiful family! ❤ 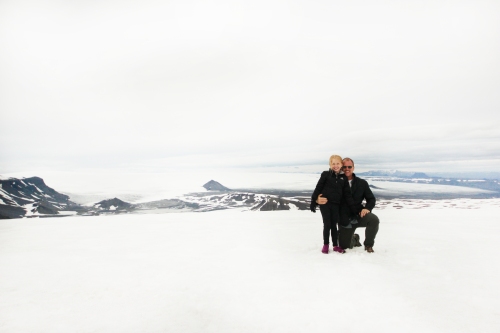 I also did a bus day tour in which I met so many wonderful people. Thank you Jorunn, for being such an amazing guide and friend 🙂

The bus tour took us to the volcanic landscape of Nesjavellir, to Pingvellir where the oldest parliament was founded, to the Golden falls, to Geyser areas with hot springs, and lastly to an old natural lagoon in which we bathed. 🙂 I was so impressed to learn that almost 85% of energy supply in Iceland is derived from domestically renewable energy sources. ❤ During the 20th century, Iceland went from what was one of Europe’s poorest countries, dependent on imported coal for its energy, to a country with a high standard of living where most of the energy is derived from renewable resources. Iceland is a pioneer in the use of geothermal energy.  You know you’re in Iceland when you see the steam plumes from vents along the road from the airport to Reykjavik.

This is Pingvellir, a UNESCO world heritage. It is filled with history. The picture above, in the right corner, has the two tectonic plates that are slowly pulled apart in front of your eyes. Here you can read more about the Mid Atlantic Ridge in Iceland. I was there and it was fantastic. 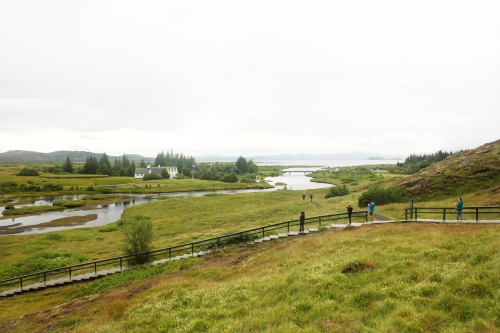 The building above (hopefully you can see it) is the Althingi –  the national Parliament of Iceland. It is the oldest legislature in the world and it marks the birth of the Icelandic nation. It was founded in 930AD.

Walking to the famous Golden Falls! So incredibly beautiful. ❤ 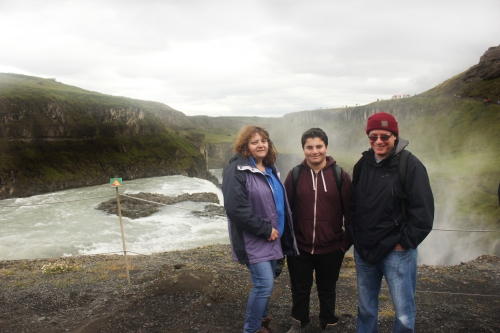 My new friends from Great Britain. Such a sweet and kind family! ❤

I just fell in love with the Golden Falls! ❤ ❤

I went so close to the edge to take that selfie!

Our next stop on the bus tour was the Geyser area.

A geyser is a spring from which water and steam is ejected forcefully into the air. Some of them can go high as several hundred feet into the air. Whoa! They are usually rare but not in Iceland! They are mainly clustered near active volcanic areas.

Here you can see a cool video that shows how geysers are formed.

Strokkur Geyser – fabulous natural wonder. It erupts every 10 minutes or so and its white boiling water can go as high as 30 meters (~98ft) !!! Phew.

Our last stop was an old natural lagoon, located out in the countryside. I LOVED IT! The water was maybe around 40 degrees C (~104F) and it was awesome!!! 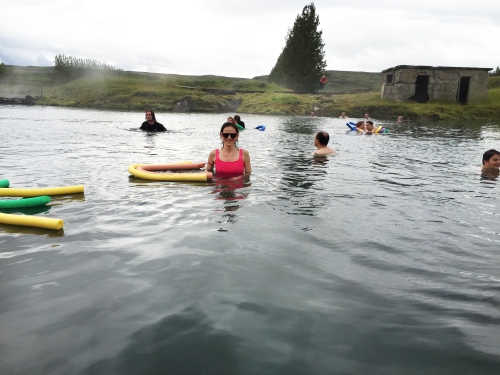 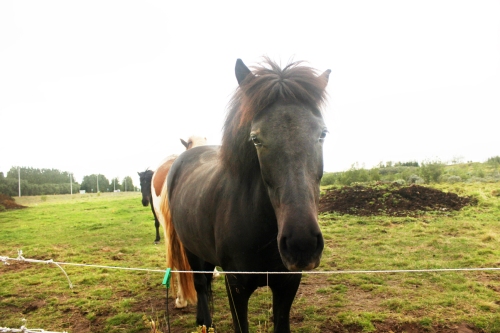 On our way back to Reykjavik, we saw an Icelandic horse!! So pretty. They are strong and so robust they can stay on the fields during wintertime.

Here are my favorite dishes from my trip. 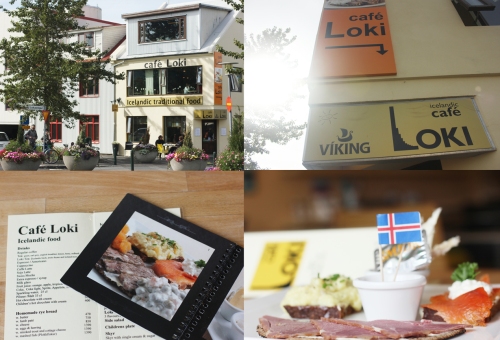 Lamb soup. One of my favs! Oh my, I loved that soup so much. 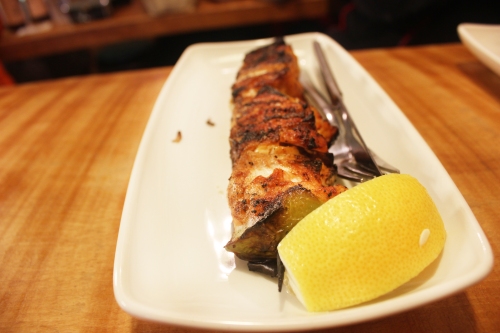 Best salmon I’ve ever had. 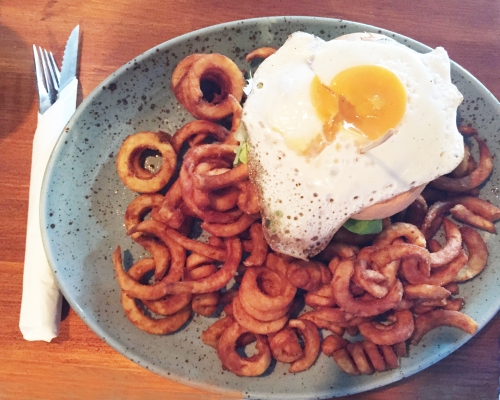 I had an amazing burger, with a fried egg on top, cute curly french fries and two beers after my marathon. I deserved every single bite. And after that meal I spent almost all night out taking pictures and exploring more of Reykjavik.

I thought I would end this post with a few pictures from the marathon. This is right before the finish line! I love my shirt 🙂 And the MOST AMAZING thing is that in the last year, we have raised more than $35,000 for schools and kids. We now have enough funds to build two schools. And we are not stopping any time soon!

Thank you so much Iceland for being so lovely and simply perfect! After all, you are part of my 7 marathons on 7 continents journey. ❤

Thank you my dear friends and family for your support, donations, and LOVE. Every day my heart beats faster and faster knowing that in less than 3 months run2buildschools team is going to Nepal to build a school for more than 150 children! ❤ And it’s all because of YOU!

Sincerely, Thank you and I love you. 🙂 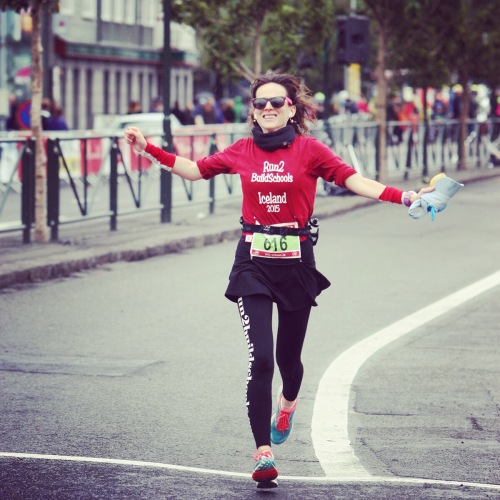